Vital Tips to Renovate Your Home after a Water Damage

Sometimes, cracks can form in your home’s pipes, especially during winter when the pipes get frozen over. And when the cracks become severe, they could eventually lead to a burst pipe. If this happens, your home will get flooded and may lead to substantial water damage. So, it’s important to know what to do in case your pipes burst and flood your home.

Turn Off the Power

The burst pipe will probably be electrically powered by your home’s main circuit breaker or fuse box. So, the first thing that you should do is to turn off the power. This will also help prevent electrocution.

While water by itself is an insulator and not a conductor, the water running through your pipes is highly unlikely to be pure and will contain charged ions. This makes the water in your home a good conductor of electricity. And that’s why it’s important to shut off your power when flooding occurs.

Turn Off the Water

Once you have turned off the power, find the main water shutoff valve at the bottom of your home’s water heater. Then, turn it off. This will stop the flow of water before it can leak out of the burst pipe.

If possible, turn off the main water valve located in the front of your house. Otherwise, locate the water shutoff valves on the basement’s floor and turn them off. For your convenience, it’s better to turn these valves off before you deal with the burst pipe because you’ll already be soaked from the flood.

Figure Out Where the Burst Pipe Is

To figure out the location of the burst pipe, you can find clues in your home. If you’ve just turned off the power and water, try to find the source of the water leak. If it’s coming from the floor or the ceiling, then it will probably be a burst pipe.

After you’ve figured out where the burst pipe is, and there’s a water leak coming out of it, you can remove nearby furniture and other items to save them from getting destroyed by the water. Since the leak is in a place where you can see, it’s easy to quickly grab items and move them away from the leak.

If the water leak comes from an area that’s inside a wall or floor, then it will be difficult to find and will be harder to remove items. In this case, you can contact a professional to help you determine the source of the leak and how to stop the damage.

After you’ve figured out the source of the water leak, the next thing you should do is to clean up the area. Use a large wastebasket to collect water-soaked items and other debris. This will make it easier for you to clean the area later.

A burst pipe can cause a lot of damage to your home, especially if it’s a severe leak and the water is still running out of it. But you can still save your home from the burst pipe’s damage if you know how to react in case it happens to you.

Clean up your home after a flood with the help of AAA Restoration Utah. We are a full-service general restoration company focused on flood removal in Salt Lake City. Our Salt Lake City, Utah flood damage restoration services restore your property to its pre-flooded condition. Call us now! 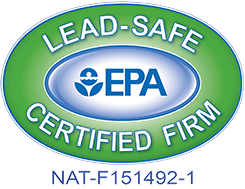